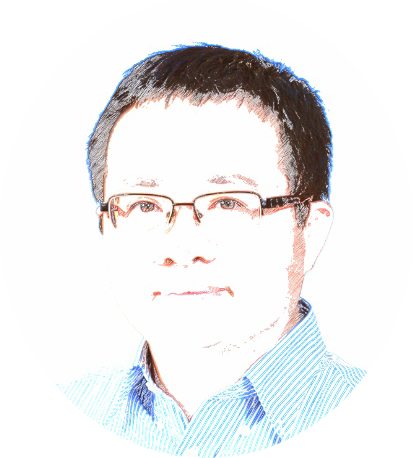 It is the greatest challenge to open up the black-box of human brain. My long-term goal is to understand the complexity of human brain, especially its connectome (i.e., the comprehensive high-dimensional description of the brain network). I use integrative neuroimaging and computational modeling methods to explore development-related patterns and complexity in connectomics, seeking knowledge that will translate into a better life style and education settings as well as diagnosis/treatment for patients by establishing normative trajectories of the conenctome across the human lifespan.

The human brain is highly dynamic across the lifespan. The emerging network neuroscience framework together with brain imaging techniques (e.g., resting-state fMRI, rfMRI) provide unprecedented opportunities to delineate the dynamics of brain function across the lifespan. In the past decade (2010-2020), my research has mainly focused on the lifespan connectomics of the human brain by using rfMRI to 1) systematically evaluated the test-retest reliability for common measurements in functional connectomics, 2) model lifespan age-related changes of human brain networks, and 3) establish open resources for reproducible brain mapping research. These works are paving the way for developing neuroimaging biomarkers of both typical and atypical brain development as well as achieving better understanding of neurobiological basis of individual differences in cognition and behavior across the lifespan.

Measurement reliability is essential for studying individual differences in human brain function, especially clinical and neurodevelopmental as well as studies of aging. In theory, reliability serves as an upper limit of validity and is measurable in practice while validity is more difficult to measure directly (e.g., specific trait and disease) thus often approximated by predictive validity. Therefore, high reliability is a required standard for both research and clinical use (e.g., clinical measurement scales need an almost prefect reliability, ICC>0.8). This reflects clinical call of measurements with high inter-individual differences (easily differentiating individuals) and low intra-individual differences (high individual stability across measuring occasions). As recently demonstrated, it is even more crucial that lack of reliability can be an important cause of less statistical power, low reproducibility, puzzlingly high correlations, and unnecessarily large samples. I focus my research on the following questions: Whether the functional connectomic measurements are reliable? How the reliability of these measurements can be improved?

A fundamental challenge for human brain mapping is to develop an efficient, robust, reliable and easy-to-use pipeline to mine big neuroimaging data. I developed a computational pipeline for discovery science of human brain connectomes at the macroscale with MRI technologies, the Connectome Computation System (CCS). CCS is designed with a three-level hierarchical structure that includes data cleaning and preprocessing, individual connectome mapping and connectome mining, and knowledge discovery. Several functional modules are embedded into this hierarchy to implement quality control procedures, reliability analysis and connectome visualization. I demonstrated the utility of CCS for delineating the normative trajectories of large-scale neural networks across the life span (6-85 years of age). Beyond the computational platforms, I am also involved in many open neuroscience efforts. CoRR is a representative one-stop sharing resource for reproducible human brain mapping. First, it has increased the recognition of a cultural shift toward sharing big data in human neuroscience and clinical applications. Second, it has highlighted to both research and clinical communities the need for large test-retest data to achieve reliable imaging measures for the production of replicable associations between genetic variation, environmental experience, and psychopathological symptomatology, reinforcing the fact that the validity of a measure can never be greater than its reliability. Finally, it has emerged as a testbed for developing new methodologies and evaluating their reliability and reproducibility. To integrate the multi-center test-retest design into a lifespan cohort, I initiated the Chinese Color Nest Project (CCNP), a large-scale accelerated longitudinal design for collecting data of the human brain and behavior (1200 participants, 6-85 years old) in ten years (2013-2022). Using its development component, devCCNP (Growing Up in China), we developed and shared a protocol for charting brain growth for school-aged children.

Highly reliable brain networks measurements motivated me to employ them for detecting the lifespan trajectories of intrinsic functional networks. A stronger age dependence in the spatial pattern of a parietal (mainly the precuneus and dorsal posterior cingulate cortex) network compared to the default mode network (DMN) was observed. This observation is robust against head motion across age and post-hoc confirmative functional connectivity analyses. My colleagues and I thus proposed that this network has a different functional role than the DMN, which declines with age. This work demonstrated that PMN is the most dynamical network of the brain connectome across the human lifespan, echoing the lifespan plasticity of its function in human mind and behaviors.